Beef Picaña: What is it and what recipes can be made?

Beef picaña is a cut of meat that is located in the lower part of the animal’s back, or upper part of the hip. It is considered one of the most popular cuts and is never lacking in a good barbecue.

Juicy on the inside and crunchy on the outside, the picaña has a white layer of fat that is what gives its characteristic juiciness and it can be simply roasted with grain salt, obtaining a delicious cut that does not need any side dish.

If you still do not know the picaña or want to know more about it, keep reading.

Topics Hide
1. Origin of the name picaña
1.1. What other names does this cut receive?
2. What is picaña beef cut?
3. Beef picaña recipes
3.1. Marinated grilled picaña
3.2. Baked picaña with potatoes and bell pepper
3.3. Picaña a la Provençal

Origin of the name picaña

Its name is derived from “picanha” which is a rod used by Brazilians to control cattle, with which they pricked it right in the lower part of the back.

What other names does this cut receive?

The picaña has been more famous in Brazilian gastronomy, but it has spread to other countries with different names.

For example, in Spain it is called rabillo de cadera o culata; in Mexico it is known as pulpa bola o tapa de aguayón; in Panama like punta de palomilla; in Colombia it is called punta de anca; in Puerto Rico as punta cadera; in Uruguay and Argentina it is known as tapa de cuadril; in Venezuela as punta trasera; and in the United States it is given the name of solomillo cap.

Regardless of the name it is given, this is a tender and juicy meat with an unbeatable flavor, perfect to eat on any occasion.

What is picaña beef cut?

Picaña is a lean cut of beef characterized by having less than 10 grams of fat.

Therefore, if you are following a diet, or eat in a balanced way, there is no problem in consuming it.

Picaña is soft with a light layer of fat that makes it juicy, the flavor it has is not easy to overshadow and its cut is semi-square, therefore it can be prepared in different ways.

Where does it come from?

As we have already mentioned, the picaña is located in the lower part of the beef tenderloin or upper part of the hip. To explain it better, the cut called Cuadrada (in spanish), counts from the third vein towards the tip: that is the picaña.

Here are three recipes that have this cut of meat as the protagonist:

Although picaña does taste good without adding a lot of seasoning, marinating it before grilling is a great way to enhance its flavor.

Baked picaña with potatoes and pepper is a very simple and easy recipe to make that turns out to be an ideal barbecue for a family gathering.

Now we show you a recipe for you to prepare the beef picaña with a delicious sauce. We assure you that this way you will want to do it many times. 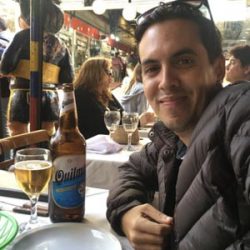